Back to editorial room

Our film programme introduces you to some of the cinematographic layers that characterise sonsbeek20→24’s curatorial framework at large, by featuring glimpses into the work of artists and filmmakers who will be part of the exhibition and our public programme in 2021. The film program of our first bulletin is:

In the year 2000, there were a total of fifteen fortified border walls and fences between sovereign nations. Today, physical barriers at sixty-three borders divide nations across four continents. As these walls were being constructed, millions and millions of invisible cosmic particles called muons descended into the earth's atmosphere and penetrated metres deep, through layers of concrete, soil and rock. Scientists realised that these deep penetrating particles could be harvested, and a technology could be developed to use their peculiar physical capacities to pass through surfaces previously impervious to x rays. Muons allowed us to see for the first time the contraband hidden in lead lined shipping containers and secret chambers buried inside the stone walls of the pyramids. Now no wall on earth is impermeable. Today, we're all wall, and no wall at all.

Walled Unwalled is a single channel 20 minute performance-video installation. The performance comprises an interlinking series of narratives derived from legal cases that revolved around evidence that was heard or experienced through walls. It consists of a series of performances reenactments and a monologue staged inside a trio of sound effects studios in the Funkhaus, East Berlin.

“Can we see what we do not hear? Can we listen to what we do not see? What knowledge is embedded in the invisible? The collected narratives and testimonies that are part of the video question the efficiency that surrounds the idea of a wall in our life as a barrier between bodies while showing its power as an element of narration even when one can not have the possibility of seeing. The power of the sonic found within these cases reveals the blurry limit between the outside and the inside, the private and the public and how they can reflect each other. It also proves that the desire to prevent the flow of information through radical structures is utopian given the progress of technological research.” 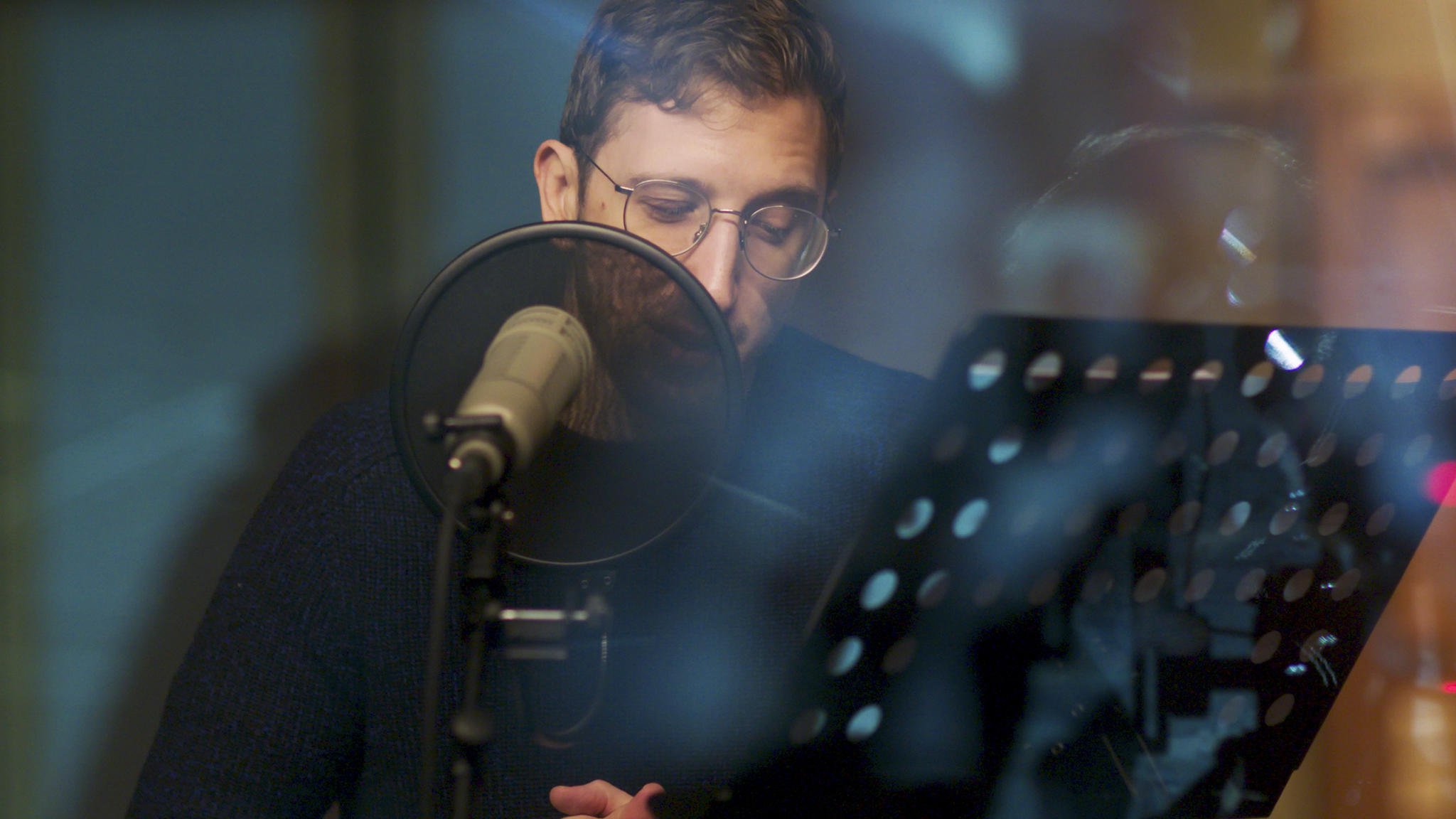 A taxi driver agrees to drive a stranger around a town the man has never visited. Their short journey gives the man a new destination.

“I think you can watch the film a few times, and come to different conclusions each time. The journey also becomes part metaphorical, part reality, and part surreal. But it is a quest for some kind of meaning, some purpose, for signs of beauty and life, and how carefully we need to train our eyes to seek it out, or locate it in the ruins of where it once resided.” 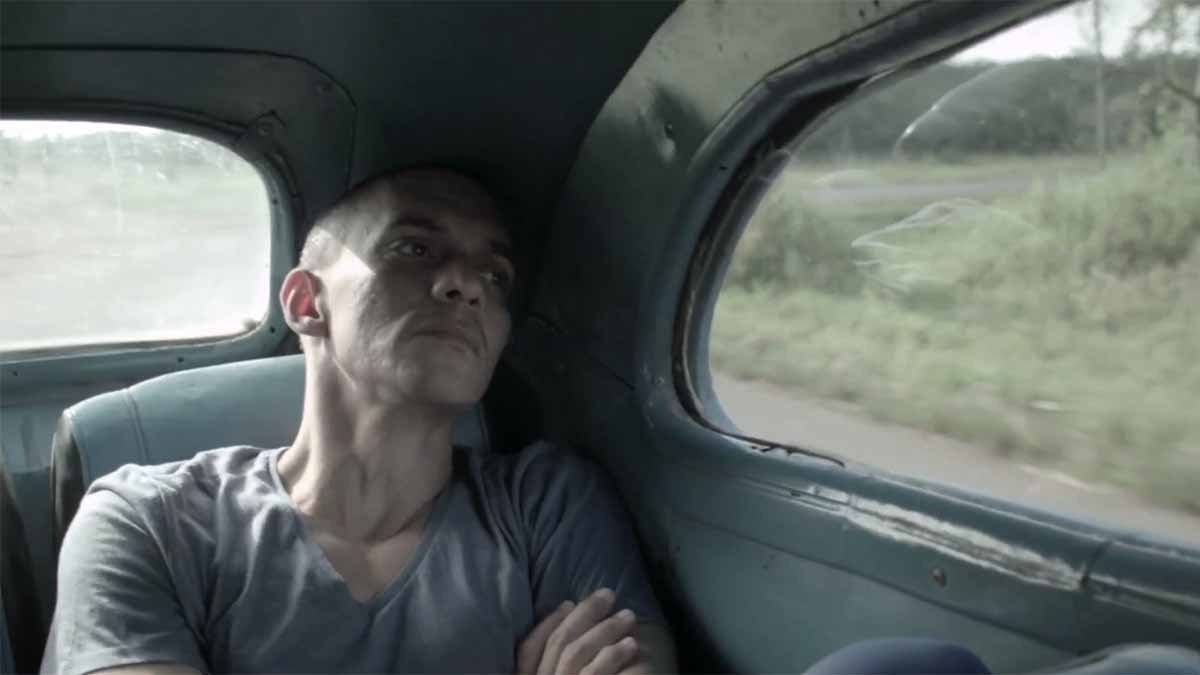 No False Echoes by Wendelien van Oldenborgh (2008, The Netherlands)

The title No False Echoes refers to Dutch colonial policies on the first radio connections between the Netherlands and the Dutch East Indies – present-day Indonesia – in which the Philips broadcasting company for the Dutch Indies (PHOHI) as well as the transmitter Radio Kootwijk played a role. These policies aimed at preventing any unwanted voices or ideas from entering the colonial broadcasting spectrum, specifically nationalist ideology from the Indonesian republicans. No False Echoes proposes that similar attitudes are still present in current debates in the Netherlands. The work was filmed at Radio Kootwijk with an invited audience and speakers who cite from this history as well as conversing spontaneously about these issues.

Salah Edin is a rapper whose lyrics often deal with issues of the social perception of exclusion of immigrants within Dutch society. He raps in Dutch and Arabic. The Dutch politician Geert Wilders, in his 2008 film Fitna, mistakenly used a photo of Edin to depict Mohammed Bouyeri, the murderer of film-maker Theo van Gogh.

Edwin Jurriëns is a lecturer at The University of New South Wales, Canberra and author of books including From Monologue to Dialogue: Radio and Reform in Indonesia (2010). His research focuses on radio and other forms of Indonesian popular media in the context of globalisation.

Wim Noordhoek is a Dutch radio programmer, journalist and author; since 1967 he has regularly made programmes that give alternative music serious airtime. In 2000 Noordhoek made a series of programmes for VPRO radio about the PHOHI, using the original recordings, thathad been preserved on 78s by the Philips Concern Archives.

Baukje Prins is Associate Professor of Citizenship and Diversity at the Hague University of Applied Sciences and author of Beyond Innocence: The Debate on Integration in the Netherlands (2004) and Accidental Classmates, Life Stories at the Intersection of Ethnicity, Class, Gender and Religion (2014).

Joss Wibisono is Chief Editor of the Indonesian Section of Radio Netherlands where he has worked since 1987 and is an expert on Dutch-Indonesian relations with an emphasis on the influence of gamelan (Balinese and Javanese traditional music) on Western music. He wrote his PhD dissertation on Soewardi Soerjaningrat.

Lina Campanella was an eight-year-old singer at the time of filming, having just started her training in the national youth choir Vocaal Talent Nederland.

“The film presents a time travel between the colonial past and the contemporary context that shows how issues around the emancipation of the voices of people from former colonies are still controlled and are suffocating in The Netherlands and in Indonesia. Technological advances of the media of communication can justify the non-ending presence of certain colonial empires on colonized territories. While reaching the moments of decolonization after the Second World War, many of the colonial empires installed radio broadcasting where people from the colonised territories were also hired. This was a way of strengthening the power of the colonial empires. Radios were promoting the freedom of speech but were also surveillance material of speech where any political propaganda was forbidden but any content for the development and popularization of “modernity” was welcomed, a process of “hollandisation”.” 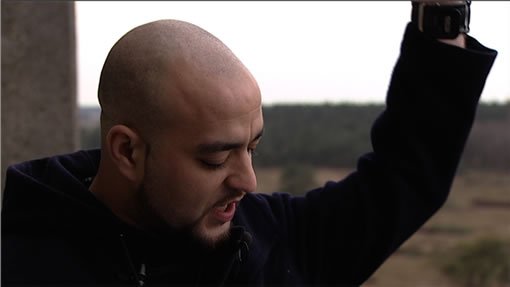